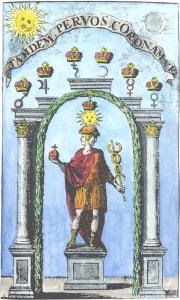 High Magic is as much art as science. The roots of High Magic are ancient, but the techniques have continually evolved and adapted through all ages. High Magic is also known as Hermetic Magic as it is derived from the hermetic arts and sciences. High Magic uses and relies upon a complex system of correspondences derived from numerous sources including but not limited to: Alchemy; Astrology; Angelic whether Enochian or not; the Elements-Earth, Air, Fire, Water, and Spirit/Ethers; Gematria; the Tarot; and Qabalah-spelled with a Q to distinguish it from Jewish Kabbalah and Christian Cabbalah.

High Magic is all about balancing the Above and the Below. Since, 'As Above so Below', we are a reflection at a different level of the Universe. We are the Microcosm represented by the Macrocosm of the Universe as a whole. High Magic's intent is reaching for and achieving the Hermetic Marriage within ourselves and thus finding the Magical Equilibrium. The sole purpose of High Magic is reaching unity with the Divine on the highest possible level.